At CP+ 2019 in Japan, we stumbled across the Yongnuo YN450 Android-powered mirrorless camera. This camera was originally announced in November last year, and the company has been busy improving it before its upcoming release.

In short, the Yongnuo YN45o uses a Panasonic 16MP M4/3 sensor mated to a Qualcomm 8-core processor. The YN450 uses 3GB of RAM and has 32GB of onboard storage. The external card storage is limited to just 32GB for some unknown reason.  It runs on the Android 7.1 operating system.

The mount on the camera is Canon EF which is a bit of a strange choice given the M4/3 sensor size. Yes, there is a plethora of EF mount lenses available, but trying to find a wide lens that won’t distort will be difficult. If it had of featured a M4/3 mount you could have at least coupled it together with a speed booster. 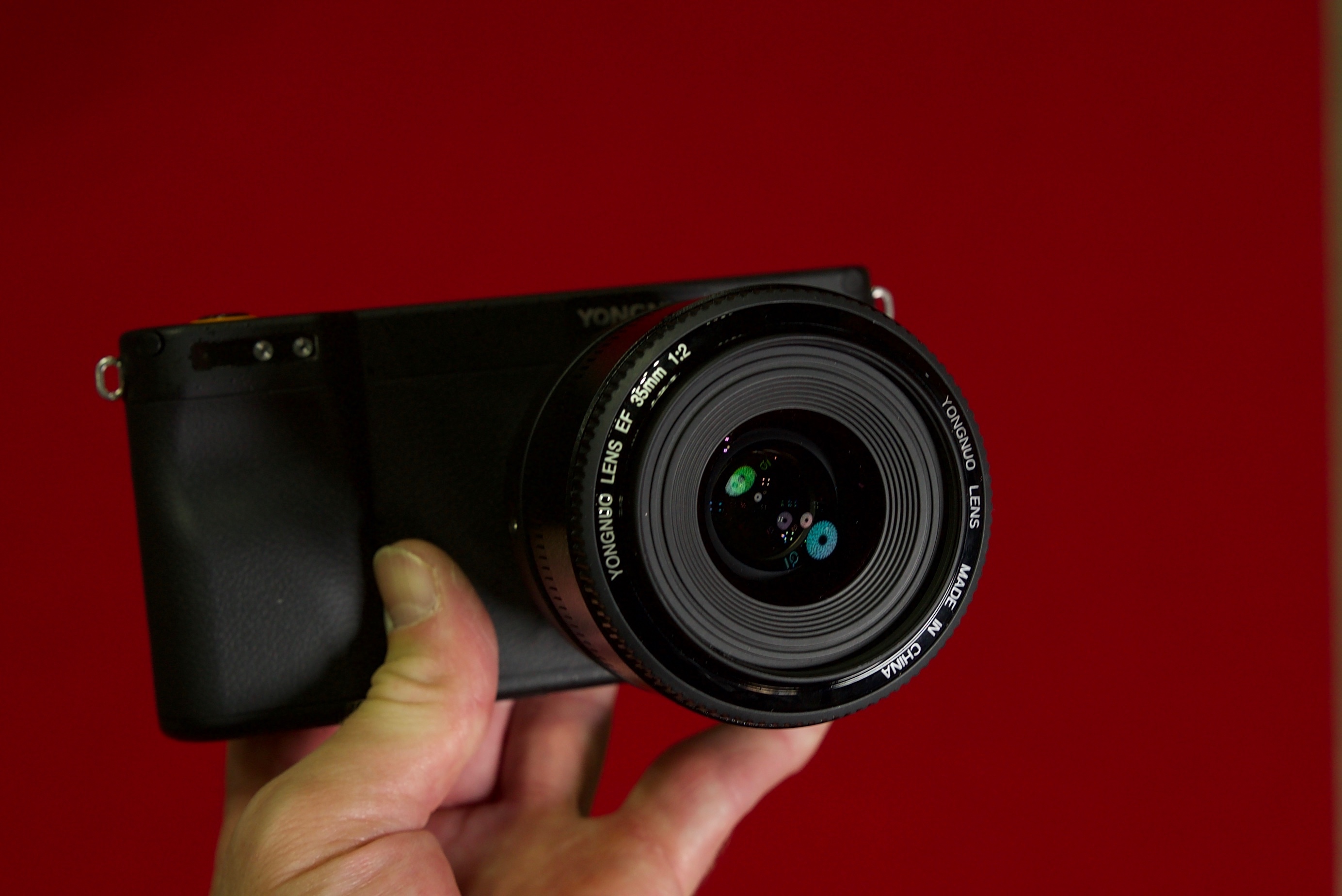 I think the reason they made the mount Canon EF is because Yongnuo actually makes a range of their own Canon Ef mount lenses. 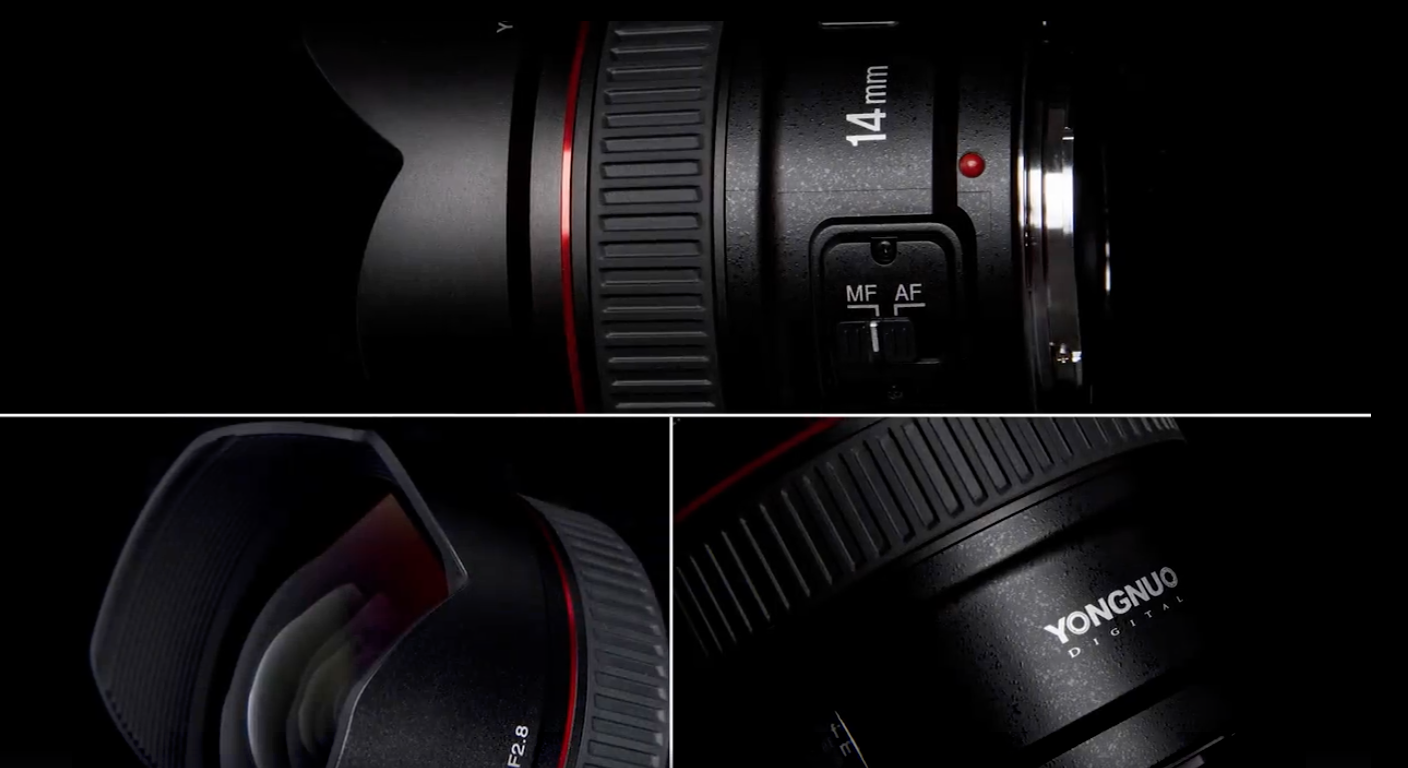 These lenses look to be copies of actual Canon lenses. 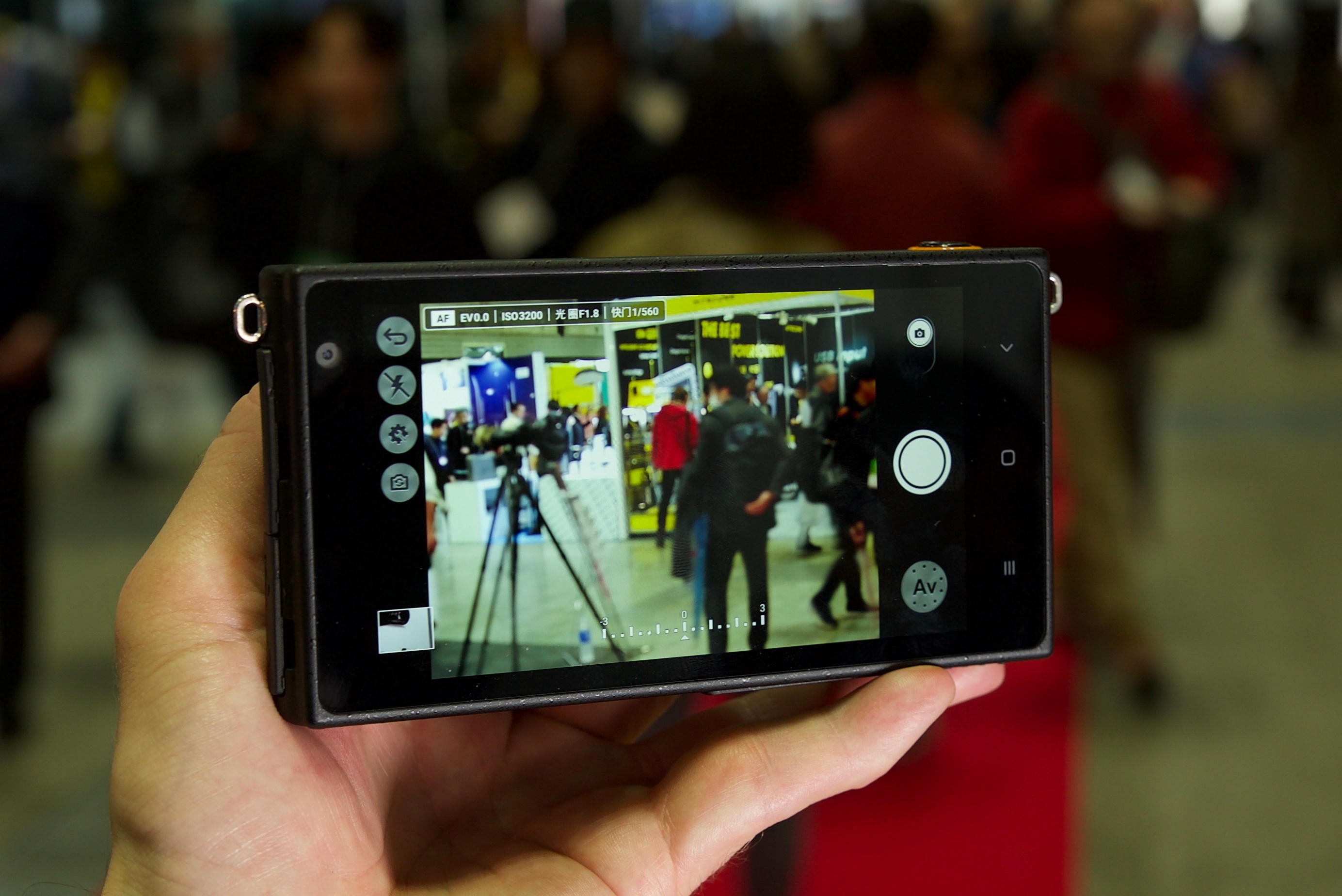 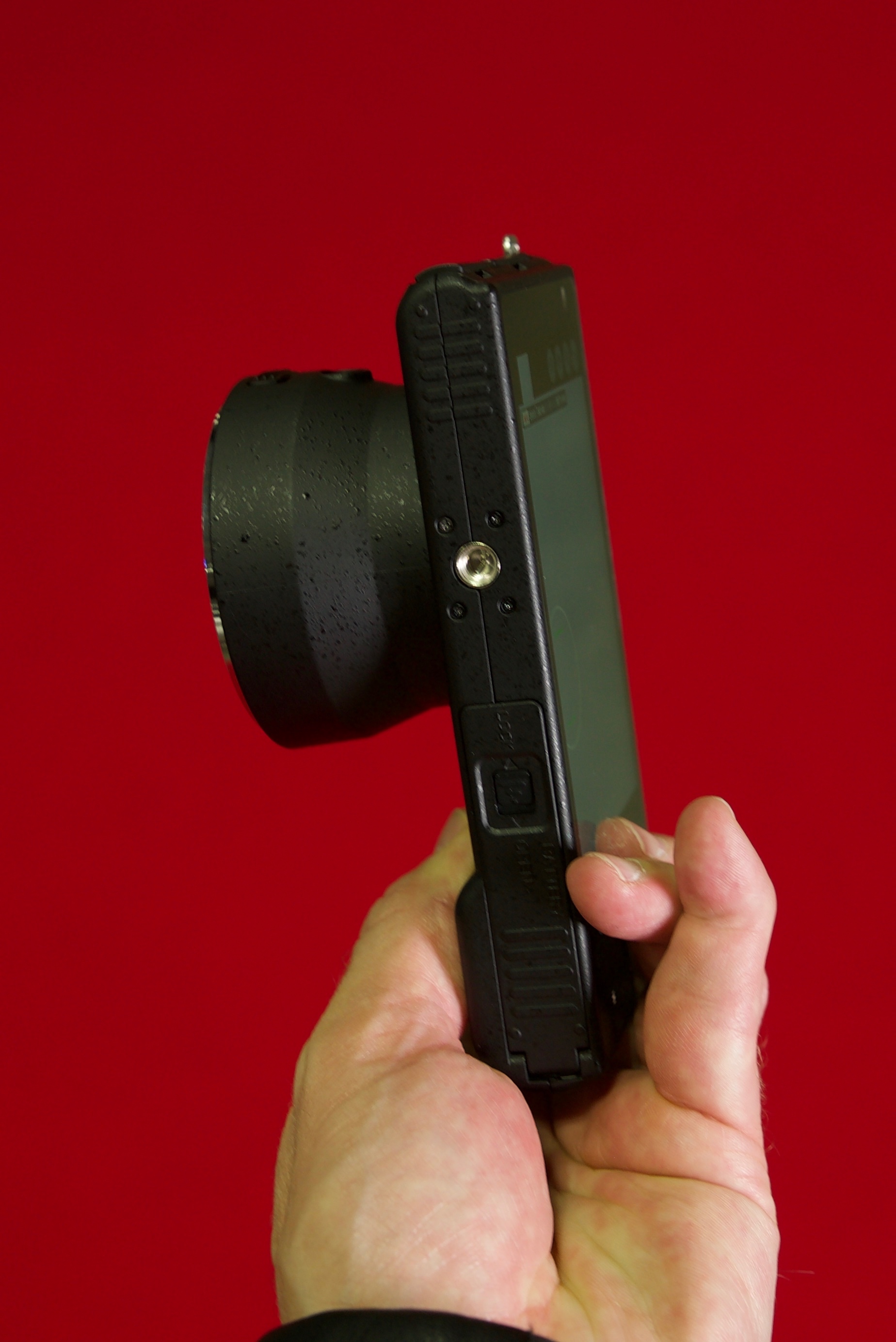 The design of the camera is a little strange as you can’t really put it into your pocket because the lens mount is so large. 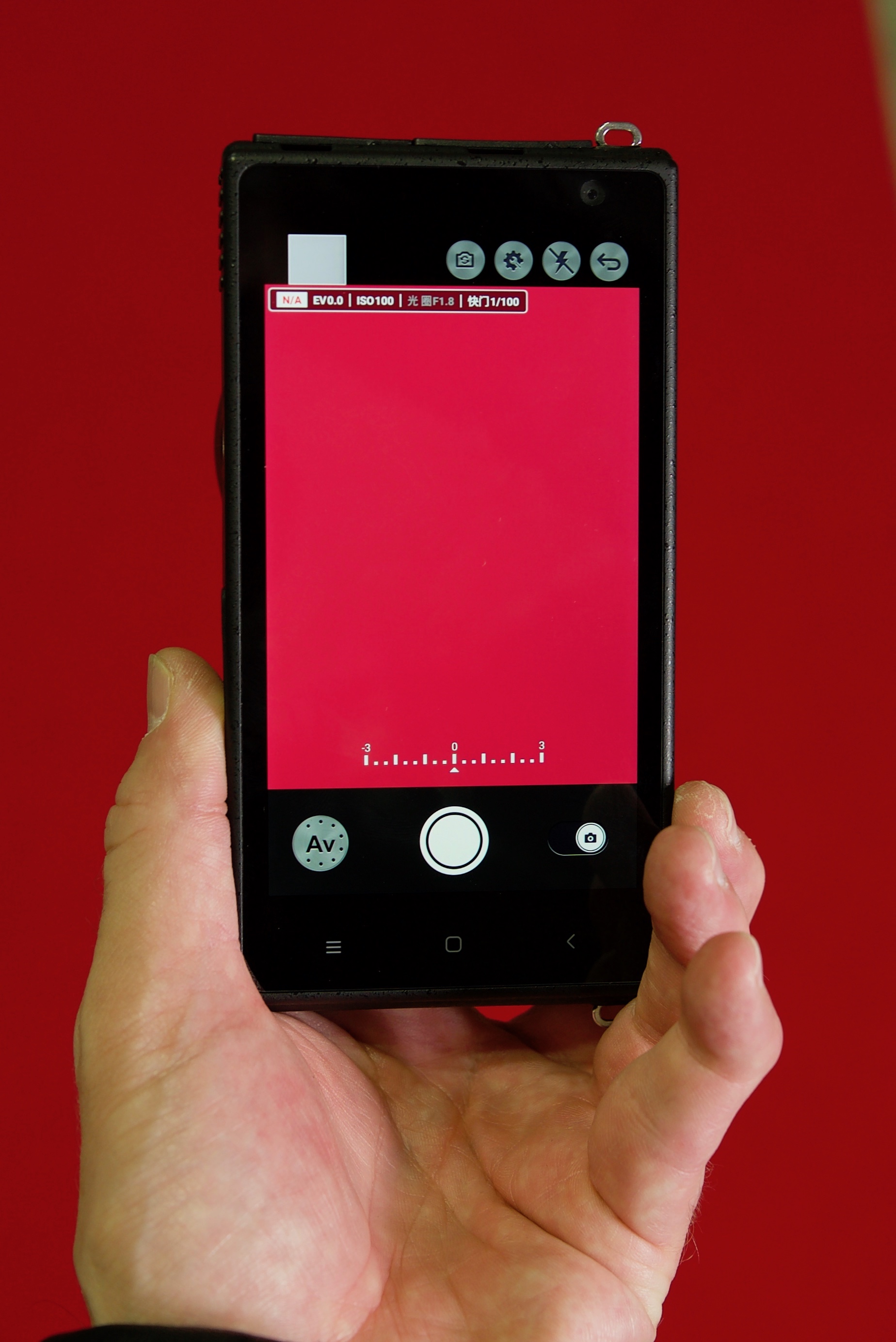 The back of the camera has a 5-inch 1080p multi-touch display that looks like it came off a smartphone. Everything is done via the touch screen, including the focus. Focus can also be done by half-pressing the shutter button.

There is an in-built stereo microphone, a 3.5mm headphone jack, and GPS. As far as power is concerned the Yongnuo YN45o uses a 4000 mAh battery. It features a 1/4 20″ mounting point on the bottom of the body, as well as a SIM card slot so you could connect up to a Netcom 4G / 3G data network. 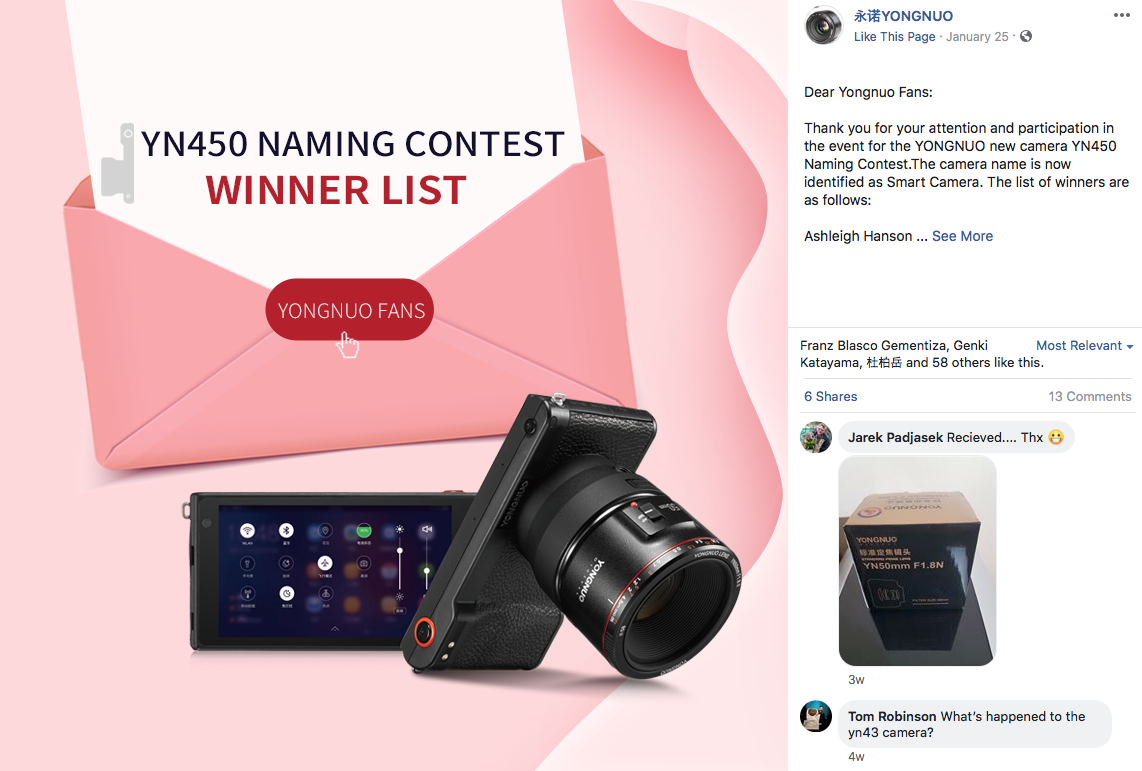 Yonugo actually had a naming contest for the YN450, and the person who won came up with the name “Smart Camera”. 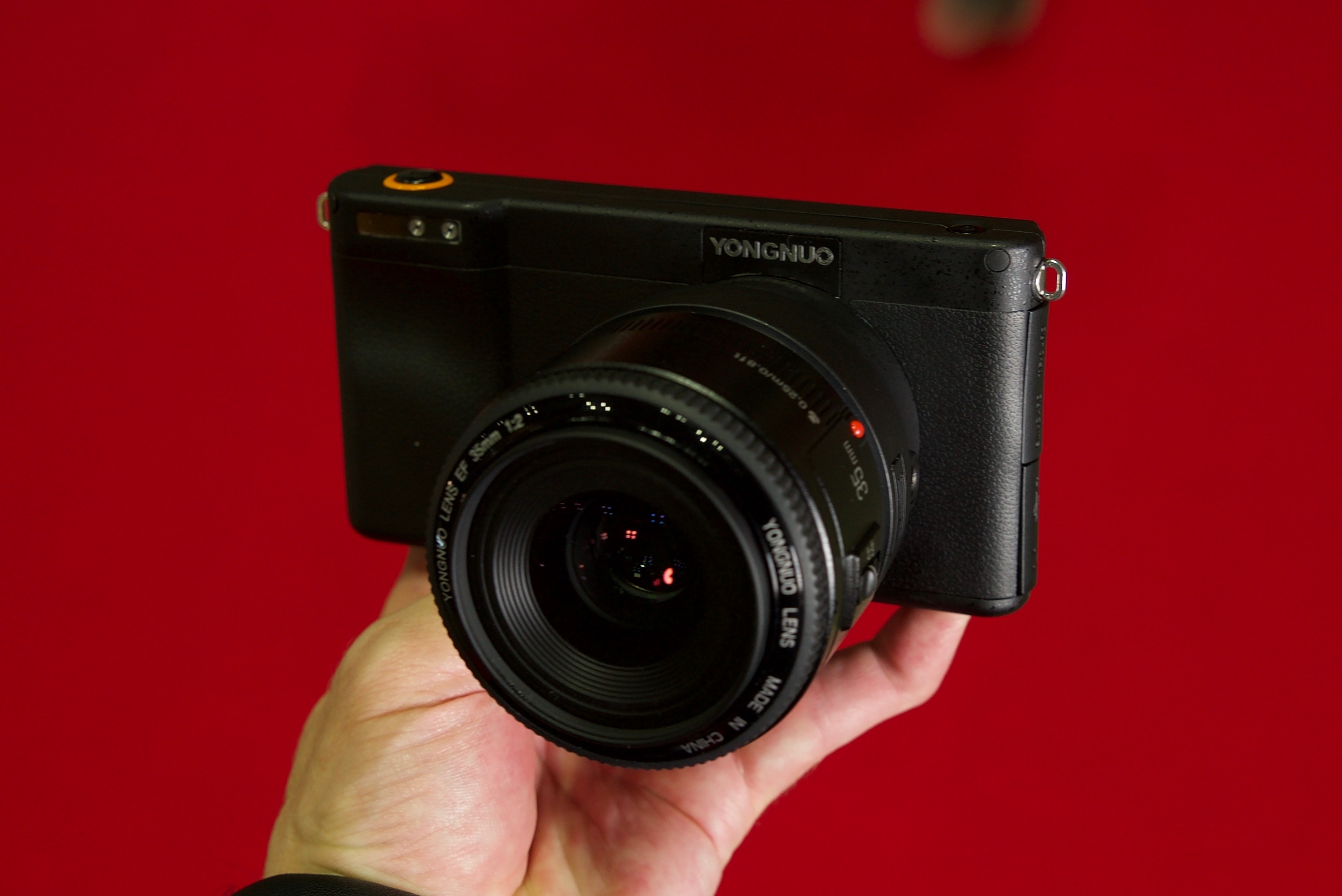 Yongnuo is hoping to price the YN450 at less than $500 USD and they expect it to start shipping in China in April. While the concept is interesting, there are some caveats. From what I saw, the image quality was quite ordinary and are a lack of key manual controls and monitoring aids such as peaking or zebras. It’s still early days for this camera so there is still a chance that firmware could help improve this camera’s capability.


Matthew Allard is a multi-award-winning, ACS accredited freelance Director of Photography with 29 years’ experience working in more than 50 countries around the world.

He is the Editor of Newsshooter.com and has been writing on the site since 2010.

Matthew has won 38 ACS Awards and in 2016 he won the Award for Best Cinematography at the 21st Asian Television Awards.

Matthew is available to hire as a DP in Japan or for work anywhere else in the world.

‘No Longer Primarily a Camera Company’: Is Nikon’s New Medium-Term Strategy in the Wake of Poor Financial Results Any Good?

Discover the optimizing power of the vSphere virtualization platform for just...

Colorado to get 13 mountain-top cameras to aid pilots

Best iPhone 2019: which Apple phone is the best?